I, NORTON – AN OPERA IN REAL TIME 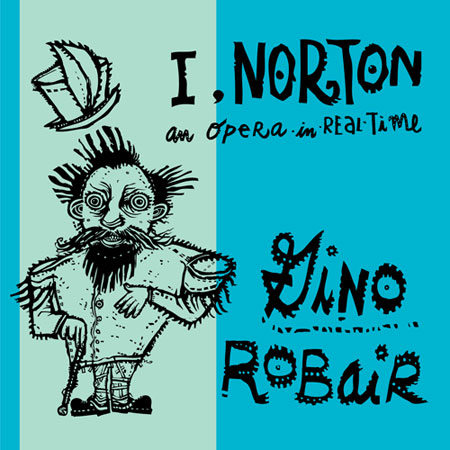 "At the request of the citizens of these United States, I, Joshua Norton declare myself Emperor."

So began the proclamation by which Joshua Norton, on September 17, 1859, became Norton I, Emperor of the United States and Protector of Mexico. The first of many proclamations, it was published nearly 10 years after Norton landed in San Francisco to make his fortune from the Gold Rush. During his 20-year reign, Norton I abolished Congress, decreed bridges be built between
Oakland and San Francisco, enjoyed free passage by rail and ship, printed and used his own money, and corresponded with kings, queens, and presidents. Among the literary works to immortalize Norton I are Mark Twain's Huckleberry Finn and Robert Louis Stevenson's The Wrecker. Yet few people remember the one and only Emperor of the United States.

Raised in a Jewish household in South Africa, Joshua Norton became a prominent businessman in the Bay Area during the 1850s. Ultimately, however, he lost everything trying to corner the rice market. After disappearing for a few years, he re-emerged into the public limelight by proclaiming himself Emperor.

However, the opera begins as the Emperor lay dying in the rain-soaked street, where his life passes slowly before his eyes. People, places, and things from his long life swirl around, mix, and form new relationships: the result is what you will hear during the performance.

The libretto behind the work includes the writings attributed to Norton I, as well as "fraudulent decrees" published in contemporary newspapers to cash in on the Emperor's notoriety.

Each performance of "I, Norton" is site-specific. Therefore, no two performances are the same; each concert is unique.

Please come and enjoy the Swedish premiere of this historic opera. It will be a night to remember.