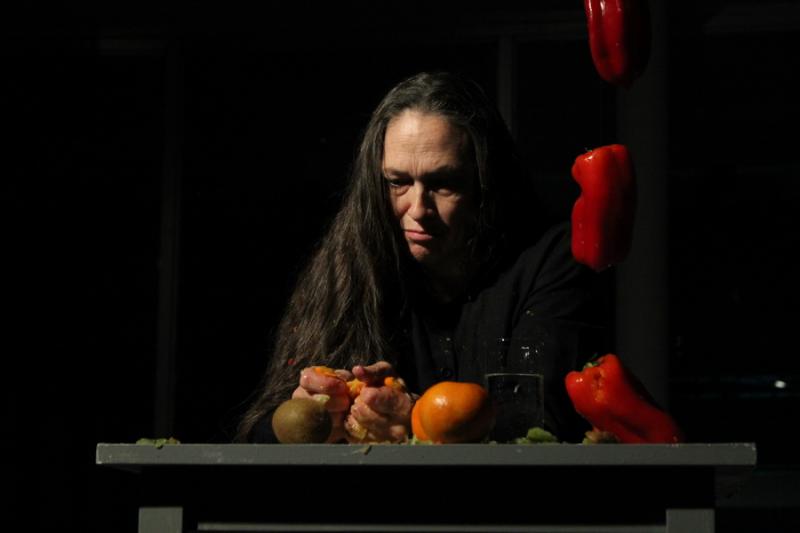 Marilyn Arsem - US Domestic Policy II, Perfromance at Live Action New York 2010; photo: D.Romanovski
Marilyn Arsem creates performances working in response to the physical space and social
uses of a location, using materials found on site. Since 1975, she has performed
throughout North and South America, Europe, Asia, and in the Middle East.

She is founder of Mobius, Inc. in Boston, an interdisciplinary collaborative of artists working in all media. She teaches performance at the School of the Museum of Fine Arts, Boston. 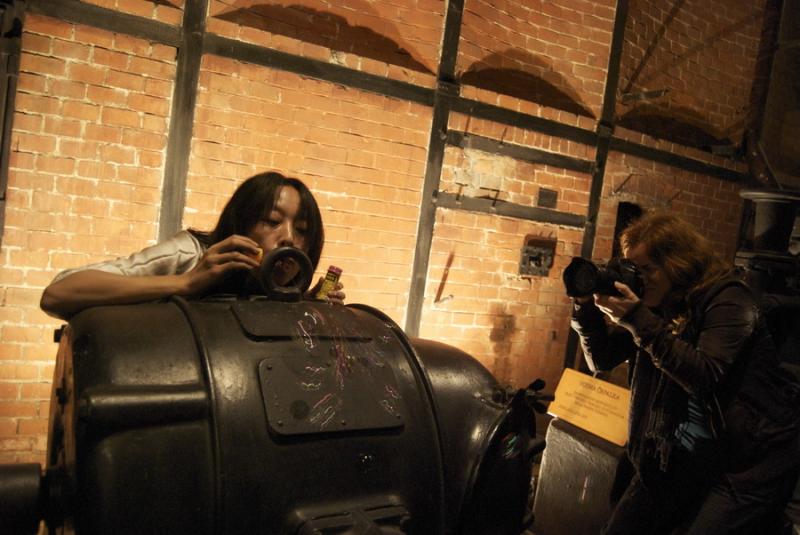 photo: He Chengyao performance - Looking for
“In my live art of the past few years, I have been using art as a healing process, like the concept of spiritual catharsis in psychology. The work explores how art can act as a healing agent, and at the same time attempts to discover material transformation of the body from the past to the present. I try to use process based interactive methods to give audiences different kinds of experiences, and to convey how the material and immaterial worlds can coexist within the context of personal and conceptual interaction”. - He Chengyao 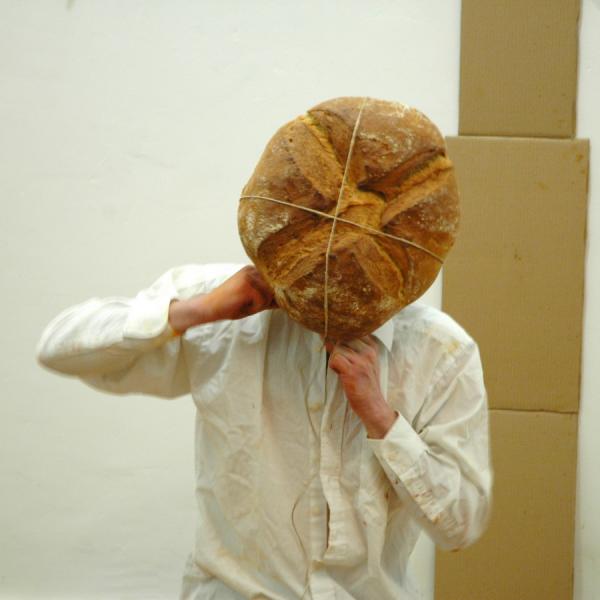 What's in my head # 1, performance 2010, berlin, Germany, photo: BBB Archiv - A. Galeano
BBB Johannes Deimling, Germany 1969, conceptualize an image of our society, which shows it full of contradictions, sentimentally, stupidly and badly, but also affectionately, creatively and cooperatively.

"Performance art povera" declared the artist a part of its ephemeral works, which gives a clear and concentrated image, because of the austere and purposeful use of the material. The frequent use of food in the performances points a clear aspect to the everyday life, which refers in Deimling's work often humorously to the caducity of our existence.

Live Action Gothenburg
www.liveaction.se
Jonas Stampe presents Live Action Gothenburg, an established annual event on the international performance art scene. The 6th edition of the festival will take place from the 26th to the 28th of May at the Museum of World Culture as well as outdoors in downtown Gothenburg at Kungsportsplatsen and Brunnsparken.