Fylkingen has changed over to card payment system.
No cash payments in the entrance or the bar. 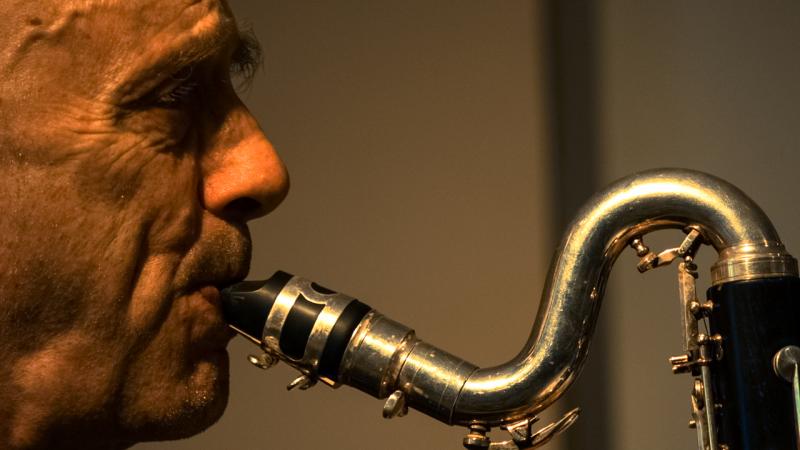 (i salen/in the concert hall)

Şebnem Özpeta** (TR/CA): Fragments (video)
“Fragments is an experimental short series focusing on different-aged women who are in the search of 'coming into being'. Each participant had their own journey while putting their broken mirror image together.”

(i salen/in the concert hall)

“Though I have had a lifelong interest in improvisation—and electronic improvisation in particular—around the year 2000, I started to make pieces that I came to designate "sound theatre". To date I have made nearly thirty such pieces. Some of them have been made for solo performance, but the majority have been performed as collaborations with Jussi Liimatainen, professor of sound design at the Theatre Academy of Finland, or my son Antony, or more lately with my doctoral students James Andean and Alejandro Olarte, with whom I have a trio The League of Ghentlemen (pls note the unusual spelling). I have come to define sound theatre as a merging of performative sound art (electronic improvisation, if you will) with performance art. Some of my sound theatre pieces lean towards the former, and some towards the latter. What tends to characterize them is understatement and—as often in performance art—not doing very much. I like to invent "instruments" specially for the piece, and sometimes they include a physical computing element: things I have used have included a drinking straw, sweet jars, concrete slabs, ships in bottles, a fiolin resembling ladies' fingernails, an elk, tacks falling through a mattress, an electric drill, Russian dolls, a false leg and a packet of biscuits. I don't like to use conventional musical instruments in this kind of piece, because "instruments" and "music" are made for one another, and my sound theatre has no pretentions towards music as such.”

Şebnem is a Vancouver-based visual artist, videographer and editor. She has been working and collaborating with artists, performancers, storytellers, dancers and film-makers for more than 8 years. She has collaborated with local and international artists such as: Henry Daniel - “SKIN”, Veda Hille & Ivan Coyote- “Love That Won’t Shut Up”, Gillian Darling Kovanic-“Alekha”, Cindy Mochizuki-“Wake”, Yayoi Hirano-“Identity”, Pia Massie-"Just Beyond Hope".
She has also been involved in VIVO’s digital archiving projects. She worked as a graphic artist in Turkey from 1996-2001 and earned her Digital Film Program Certificate at The Art Institute of Vancouver in 2002. Her media art has been exhibited internationally including screenings and installations featured in festivals and galleries in Canada, England, Portugal, France, Germany, Hungary and Turkey.

Liisa Pentti is one of the key figures of the post-contemporary dance scene in Finland. She has been working on the field of dance in many different roles and positions after her graduation from the Department Moderne Dans Theaterschool Amsterdam (BA) in 1986,She got her MA in dance from the Theatre Academy of Helsinki in 2010.

Liisa is a choreographer and the artistic director of her international dance company Liisa Pentti +Co which was founded in 2000. She has a long teaching carrier both as a freelancer and in the Theatre Academy of Helsinki where she has been teaching the actors and the dancers since 1990. She has also been a guest teacher at EDDC, Arnhem and at different festivals in Europe.

Liisa was one of the core members and creators of Zodiak- Center for New Dance in Helsinki where she was an active member of the artistic board and the executive board 1986-2012. She is one of the founders and curators of the Sidestep-festival 1996-2009. She also curated the Per Forma-event in 2011 and was the artistic director of the Full Moon –festival 2013.
Liisa Penttis works have been presented throughout Scandinavia, in Russia and in many European countries.

Her inspiration is in continuously finding new ways to play with movement and to find new roads for choreography as an art and as a practice. The work done by Liisa Pentti +Co also includes seminars, events and workshops related to the content of the dance art and its role in society, such as the After Contemporary-project 2011-14.

In her work she is currently exploring the specificity of dance and questions related to the non-narrative logic of the kinaesthetic experience. She is also concerned with the psycho-energetic dimensions and the relationships of visible and non- visible spaces.