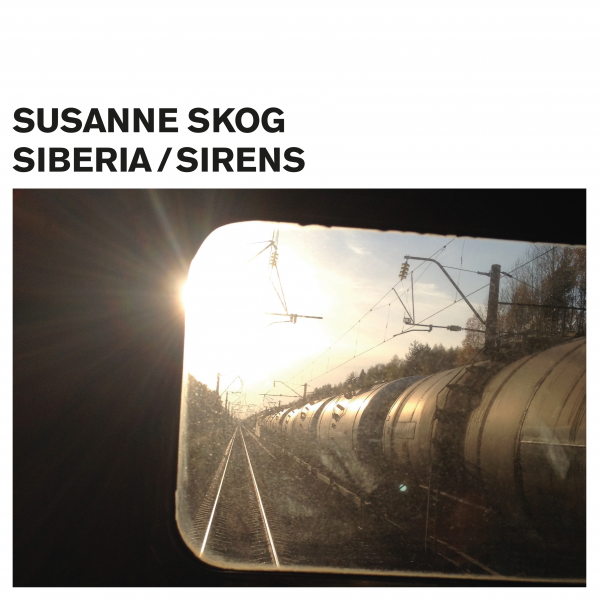 Avilable for purchase on our Bandcamp page: https://fylkingen.bandcamp.com/album/siberia-sirens-2

Siberia (25.18’)
Based on recordings from a 205 hour / 9288 kilometer trip by train from Moscow to Vladivostok in september 2015.
Composed, edited and mixed by Susanne Skog at BAC (Baltic Art Center, Visby, Sweden) and at the Electronic Music Studio (EMS, Stockholm, Sweden 2015).
Premiere at Experimental Intermedia in New York in december 2015.

Sirens (19.32’)
Based on a selection taken from many years of recordings of sirens from around the world. In this work: Tokyo, Naha/Okinawa, Hiroshima, New York, Athens and Rotterdam, 2013 – 2017. Composed, edited and mixed by Susanne Skog at VICC (Visby International Center of Com- posers, Visby, Sweden), and at the Electronic Music Studio (EMS, Stockholm, Sweden). Premiere in sept – oct 2019 at Fylkingen, Stockholm.

Susanne Skog’s work within sound art and composition has its roots in narrative art forms, experi- mental radio, radio drama and documentaries. Her artwork evolves from her own recordings from around the world, sonic material which she turns into new shapes and expressions, frictions and correlations, often considering movements and spatialisation as a vital element.

She also works as an arts journalist and editor, currently for Nutida musik (the leading paper peri- odical for sound art and contemporary music in the Nordic countries), and as freelance radio pro- ducer. In the early nineties she was also one of the founding editors of the most influential femi- nist magazine in Sweden, bang.

Her compositions and sound installations have been presented in many contexts around the world, such as Experimental Intermedia New York, The Moscow Biennale for Contemporary
Art, Transmediale/Nordic Embassies Berlin, World Expo 2010/Swedish pavilion in Shanghai, Ark Hill Music Week in Tokyo and in various Swedish music and art spaces, festivals as well as in the radio, in Sweden and elsewhere.

Susanne Skog studied Philosophy, Aesthetics and Feminist theory at the University of Stockholm, Artistic Radio Production at Dramatiska institutet in Stockholm, Performative Criticism at Stock- holm University of the Arts/Royal Institute of Art, and electroacoustic music at EMS in Stockholm.